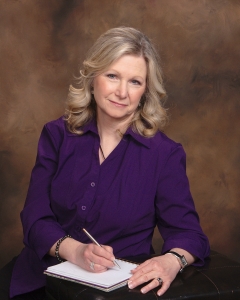 The lovely Nancy Christie is celebrating her birthday for the whole of this month with a ‘Traveling Left of Center and Other Stories’ Birthday Book Blog Tour.  Today I am pleased to welcome Nancy to my blog. 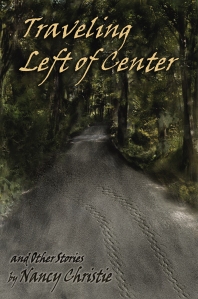 ‘Traveling Left of Center and Other Stories’

I’m often asked why I’m drawn to writing about characters who are wounded or vulnerable. I’m not entirely sure. So much of my fiction—or at least, my short fiction—tends to be about people who are damaged in some way: by what they have done to themselves or by what was done to them, by what they have received, what they gave up, or what was taken from them. They are, for the most part, struggling to navigate through dangerous waters. Some survive and move forward toward land, some are just treading water, and some don’t even know that they have lost the battle and are, even now, drowning.

The overall theme of TRAVELING LEFT OF CENTER AND OTHER STORIES—people who have difficulty making the right choices or even knowing what choices are available to them—is one that has intrigued me for a long time. People tend to believe that they would always make the right choice, the wise choice, the intelligent choice. But that is from the vantage point of not being in the middle of a disastrous, overwhelming situation.

Sometimes, clarity comes only after one has selected Option A. Then, when you have to live with the results, you start thinking Option B might have been better. Fortunately, in many cases there are always more options, more choices, more opportunities to get it right.

For instance, the mother in “Waiting for Sara” is still hoping that someday her daughter will come home, while Anna in “Misconnections” questions the future of her marriage but stops short of ending it, hoping, I suppose, that it will all turn out right.

“Girl,” my mama had said to me the minute she entered my hospital room, “on the highway of life, you’re always traveling left of center.” (from “Traveling Left Of Center”)

And if they should call again, she would be politely unavailable. Chloe could not support a return engagement. Her story was only strong enough for a single run.” (from “The Sugar Bowl”)

Everything tasted of the hot baking sun and the dry ground, and he had to swallow twice before his parched throat felt any relief. (from “The Shop on the Square”)

But as winter drew near and the days grew shorter, she found herself turning the alarm on at the first sign of dusk, feeling for the first time a little unsure, a little vulnerable, in the house where she had lived for six decades. (from “Watching for Billy”)

Every time they touched her, Cassie would shiver, as though, molecule by molecule, life-giving heat was being drained from her. (From “The Healer”)

Harold [tried] with limited success to ignore her words. He had learned long ago not to argue but just to let her words engulf him. So far, they had always stopped short of drowning him, although sometimes it was awfully close. (from “The Clock”)

She found herself focusing all her time and energies on constructing a barricade between herself and the world…doing everything she could to keep herself protected from the unexpected. (from “Anything Can Happen”)

So if I choose to spend one summer night on the asphalt shingles nailed to the library roof, it’s entirely my own right and affair. Besides, I had such a perfect view of the fire from there. (from “Out of Sight, Out of Mind”)

[Other dreams] are not so easy to dismiss. They linger, like a damp fog chilling my bones. Some, like the dreams of phone calls from some unnamed person, return again and again to haunt me. (from “Misconnections”)

There was no more skating on the pond after that, and the following summer, the neighbors banded together to hire an excavating company to fill it in—the largest single gravesite I have ever seen. (from “Skating on Thin Ice”)

Here, in the open sunlight, they are rich to bursting, and I am painted purple and red as I pluck them, resisting, from their stems. I gather them in my basket and slip them in my mouth, tasting the morning sun on my tongue. (from “Still Life”)

The children gathered around Connie when she began telling her stories, and for a brief time, they would forget the needles and the pills, the cold metal table in X-ray and the way they could never really tell what the doctors were thinking as they poked and prodded. (from “The Storyteller”)

[His wife] would have an answer that would lead to an interminably long and circuitous conversation by the end of which all he would want to do is wrap his fingers around her fat, wrinkled throat and strangle her. (from “Exit Row”)

The phone company could trace a number, I thought. I’ll tell them it’s an emergency. I’ll tell them we were cut off. We were cut off. Between my daughter and me, there was a chasm deeper than the Great Divide. And every spar I threw across fell to the bottom, the echoes endlessly crashing through my life. (from “Waiting for Sara”)

However real the dreams would seem—and at times, the line between reality and dreamland was very fine indeed—she always knew the difference. (from “Beautiful Dreamer”)

So it was left to Mona to weather these visits from Stranger Kate as best she could until the day she would be free of this place and return—return where? She never got that far in her plans. (from “The Kindness of Strangers”)

She had tarried too long and the price she paid for any delay, any deviation from the daily routine, was an endless litany of complaints and grievances, lasting until her mother was fed, bathed, and finally put to bed. (from “Alice in Wonderland”)

Sometimes, after a long session in the studio, her mother would be pale and weak, barely able to stand, so colorless that one would think her a ghost. The portraits, by contrast, were pulsing with life. Annabelle feared that her father was drawing the very lifeblood from her mother, leaving behind an empty shell. (from “Annabelle”)