Simon Michael’s novel, ‘The Brief’ is out in paperback on the 28th September, published by Urbane Publications Limited.  I am very pleased to be hosting a guest post by Simon Michael on my blog.

I guess mothers are always proud of their sons. I’m tempted to say Jewish mothers especially so, but I suspect Asian, Italian and African mothers – indeed all mothers – are no different. So the publication of a mother’s son’s first novel was never likely to pass unnoticed. And while it’s easy to deflect the “So, when can I read it?” during the gestation period, it’s more difficult after it’s been accepted for publication; more difficult still once the proofs have arrived; pretty much impossible once proofed, mere weeks before publication. She wants a copy of the book – several copies in fact – one to read, one to show her friends at the bridge club, and one for “best” to lie artfully on her coffee table, my photograph ready to greet her guests. And there’s the difficulty. There are sex scenes. Sex scenes which, if I’ve written them properly, will make the reader’s blood pump slightly faster, their pupils dilate and their breathing catch slightly in their chests. It’s not just sex; it’s sexy.

Of course, I can tell her that the book isn’t autobiographical, and there is much truth in that. But all authors draw on personal experience even if they then twist, expand and embellish. The uncle who might have been the genesis of a character in the book becomes almost unrecognisable by the end. That’s when the writing process is at its best – when characters start breathing, speaking and acting for themselves. When that spark of life you have tried to breathe into them suddenly glows of its own accord and – what do you know? – the character starts acting in ways which you would never have expected. But still…they start life rooted in real experience. Just like those sex scenes. And while I may not have done precisely what the characters are doing, it’s close enough.

My mother’s no prude, and she isn’t shockable. In fact on the extremely rare occasions when she has one sherry too many, she is liable to tell quite a risque joke. [1] And when I was little, and I asked how babies were made, she gave me a precise and extremely detailed explanation, using proper biological terminology and diagrams, until my seven-year-old eyes glazed over and I became so bored that I didn’t ask again for another five years.

But still… I cannot escape from embarrassment as I picture my mother reading in detail what I may, or may not, have been doing with parts of my body she last saw in (or, more accurately, out of) swimming trunks several decades ago. I’m married with children, so we both know I figured out what to do with those parts long ago. But still… demonstrating the detail of my knowledge is something else. And it’s not just the technical aspects of the act… it’s the… peripheral stuff… less procreative, but more fun.

The situation takes me straight back to when I was 14 or 15 and my mother insisted on taking my younger brother and me to the cinema on the last day of half term. I knew all my mates would be there, in the back row, and I resisted going, but to no avail. She was on a mission, and she thought it would be fun. After the lights went up at the end and we filed out, and my mother’s eyes lighted on the canoodling couples in the back row, several boys’ hands indiscreetly inside the clothing of several of the girls. “Oh,” she commented, rather too loudly, as we were forced by the exiting crowds to pause at the end of the row. “Isn’t that disgusting? You wouldn’t do anything like that, would you?” My mates all grinned at me, and I knew I was in for it on the Monday. Of course I would have done something just like that, given the chance. I used to dream of getting that lucky, and if mum hadn’t insisted on taking me to the cinema, I’d have hoped to be in the back row with them.

I know I can’t avoid it any further. She knows my contract allows me a certain number of copies and she’s placed her order. In any event, there’s always Amazon. So, no amount of equivocation or explication is going to help. She will read it, sex scenes and all… and I will do my best not to blush.

[1]  And seeing as you asked, here it is: A young man takes a young lady on a first date to the cinema. After draping his arm nonchalantly around her shoulders for the first half of the film, and receiving no rebuff, he puts his hand on her knee. Then he gradually moved his hand up her thigh. The young lady lets him continue for a few inches, but then slaps away his hand. “Manners!” she hisses. “Tits first!”

‘The Brief’ can be pre-ordered now, but if you don’t want to wait the eBook can be downloaded from Urbane Publications website:- 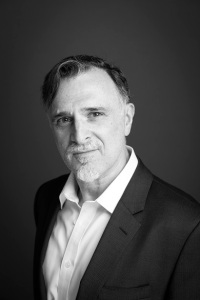 Simon Michael was called to the Bar by the Honourable Society of the Middle Temple in 1978. In his many years of prosecuting and defending criminal cases he has dealt with a wide selection of murderers, armed robbers, con artists and other assorted villainy.

A storyteller all his life, Simon started writing short stories at school. His first novel (co-written) was published by Grafton in 1988 and was followed in 1989 by his first solo novel, The Cut Throat, the first of the Charles Holborne series, based on Simon’s own experiences at the criminal Bar. The Cut Throat was successful in the UK (WH Allen) and in the USA (St Martin’s Press) and the next in the series, The Long Lie, was published in 1992. Between the two, in 1991, Simon’s short story “Split” was shortlisted for the Cosmopolitan/Perrier Short Story Award. He was also commissioned to write two feature screenplays.

Simon then put writing aside to concentrate on his career at the Bar. After a further 25 years’ experience he now has sufficient plots based on real cases for another dozen legal thrillers.

The Brief, a reworking of The Cut Throat, now set in sleazy Soho of the 1960s, will be published in September 2015 and Simon has almost completed the next two books in the series.

Simon still practises law countrywide but now works only part-time. He lives with his wife and youngest child in Bedfordshire. He is a founder member of the Ampthill Literary Festival.

Matthew Smith of Urbane Publications has kindly offered 5 paperback copies of ‘The Brief’ for a giveaway.  To enter all you have to do is leave a comment telling me why you want to win.

The winners will be randomly picked and notified of their win within 7 days of the closing date.  Their details will be passed on to Matthew Smith of Urbane Publications who will send out the prizes.

Please note that whilst I don’t mind that this competition has been added to a forum, I do expect entrants to be genuinely interested in the guest post above and the book and not just be after a freebie.