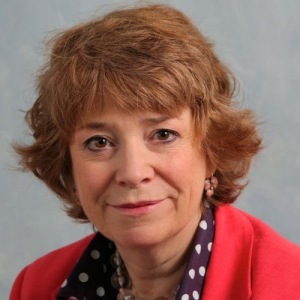 Anne Coates is having her novel, ‘Dancers in the Wind’ published by Urbane Publications later this year.  She has written a guest post for this event about her inspiration for this book.

My Inspiration for Dancers in the Wind by Anne Coates

With most of my fiction, the initial idea comes from a real life incident ­–  something I have read or someone has told me about and sometimes a dream sets off a chain of thought. I take the seed and think “What if…”

The inspiration for Dancers in the Wind came from interviews I did many years ago with a prostitute and police officer at Kings Cross. This was for a Sunday newspaper and I had to pay the prostitute for her time in cash. Like an idiot I gave it to her in the envelope it had arrived in – with my address on it! In the end the newspaper didn’t run the story as it was so gut-wrenchingly sad.

A few weeks later, when I had fallen asleep sitting by my baby’s cot, I was woken by a loud knocking at my front door. It was 2am and I crept downstairs, heart thumping, and looked out of the window. There was no one there… However, as you can imagine, I felt totally spooked. In Dancers this scene heralds the arrival of a badly beaten up prostitute.

I set Dancers in London where I have lived most of my life. I love my local area and community and am blessed with good friends both here and in other parts of the country. Some may realise I’ve lifted a characteristic or trait from them here and there but hopefully I won’t have offended anyone!

Friends who have read the manuscript say that they can see me in the protagonist: freelance journalist, Hannah Weybridge. There are superficial similarities. Of course I have drawn on some of my own experiences but she is not me – for one thing I’m far too much of a wimp but I do have a vivid imagination.

Dancers in the Wind will be published by Urbane Publications in October 2016, with the sequel due in spring the following year.

Anne’s flash fiction has twice won 99Fiction award and her short stories have appeared in magazines like Bella and Candis. Two collections: Cheque-Mate and Other Tales of the Unexpected and A Tale of Two Sisters are published as ebooks.

Posted in Blog Events, Guest Blog Posts and tagged Anne Coates, Dancers in the Wind, out in October 2016, Urbane Publications