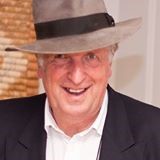 I hope you’re all enjoying my Urbane Blog Event so far.  I have something very different for you now, a guest post about Pete Adams, written by his hat.  I had the privilege of meeting Pete a couple of times last year.  He’s an amazing man with lots of wonderful ideas and as you will see below, he has an extremely talented hat.  Pete is exactly as he is online.  His sense of humour is just the same, if not worse.  I hope Pete will be able to read this as he’s so tall, he might not be able to see the screen or his hat might cover his eyes.

I am often open to a bit of frippery, especially from a writer I admire, and today, complete with meretricious adornment, I present Pete Adams, author of The Kind Hearts and Martinets series, that he says is a trilogy in 8 books (we are off) and the fourth book of that trilogy, Ghost and Ragman Roll, is published by Urbane on the 20th April 2017, following on from the success of A Barrow Boy’s Cadenza, said by German author Skadi Winter, to be “The best contemporary British novel she has read in a long time”. 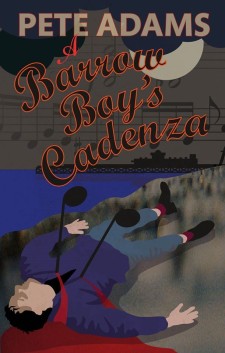 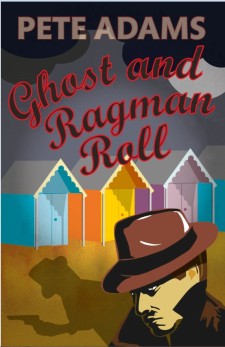 I have known Pete since he signed with Urbane and certainly he is a most talented writer, his Kind Hearts and Martinets books in a genre that is hard to define – Urbane say, they are “Crime thrillers that will make you laugh.” Pete says it is down to his muse, Jane Austen, or it could be Mary Poppins (not the penguins he says), it is sometimes difficult to tell; his central characters being DCI Jack (Jane) Austin and Detective Superintendent Amanda Bruce, is she Mary, and is she responsible for the underlying social message in Kind Hearts? One reviewer said Pete Adams books made him “laugh, cry and think”. They certainly have a unique and captivating style, and I have to agree with Urbane that this series is growing an enthusiastic following, marked by the demand for advance review copies of Ghost and Ragman Roll, available for preview in March.

Pete Adams is a versatile writer, and his short, off the wall, stories, are starting to find success as well, and we hope to see them in his own anthology soon – his story Pop Dead – the Pension Papers was included in an anthology called Dark Minds, Published by Bloodhound, and is a best seller in UK, USA, Canada and Australia, one reviewer saying “Pete Adams your story in Dark Minds is a piece of genius”.

Pete reads these stories at literary cafe evenings and he says they go down really well, as you can see; well, we have to take his word for it: 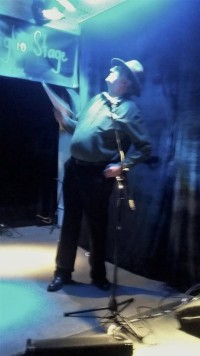 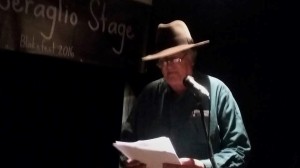 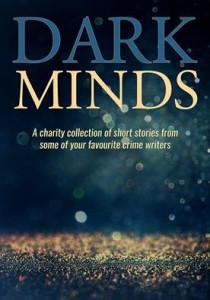 He has also written, and illustrated, three books of nonsense tales, for children and grownups who have not grown up, called Whopping Tales, and beta readers have lauded it as masterful, likening them to the Spike Milligan books. Hope to see these published sometime soon as well.

And now? Pete the Poet?

Pete says he was inspired by the poet; Tess Rosa Ruiz and her book Falling into Us, also published by Urbane. He wrote his first poem to Tess, and Pete has read this at poetry evenings; says it went well, especially as he had arranged for the exit doors to be locked. Apparently Tess liked it but Pete suggested we take his word for that. 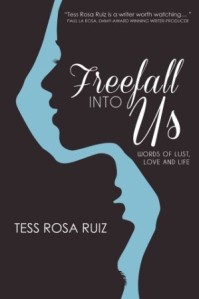 Sonya – So Pete – what inspires you to write?

Pete – It’s about having dreams and the belief in yourself to write them down.

Sonya – Oh no, he’s gone into Bard mode; Pete stop prancing around the room with a beret on and answer the question, please – He settles:

words on a page,

Oh, what could that mean?

To a, daydream believer,

Off the page, Mary sings,

what does it mean,

I couldn’t stop if I tried.

Sleep in my eyes,

You know what I mean

for me’ for Mary and for

I hope you all enjoyed reading about Pete Adams.  I’ve certainly learnt a thing or two.  His hat wrote a really good piece about Pete and I really think it should try and find a publisher too  Such talent should not be wasted.

In all its excitement, Pete’s hat forgot to give me some important links.

‘A Barrow Boy’s Cadenza’ can be bought from:-

‘Ghost and Ragman Roll’ can be pre-ordered from:-