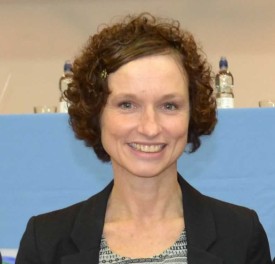 Well, my Urbane Blog Event is almost over but I still have a few more posts.  Jackie Buxton took part in my event last year and I am thrilled to have her back on my blog again.  Jackie has written a guest post this time.

In the first chapter of Glass Houses, Tori Williams is slumped over the steering wheel after her Jeep has collided with the car in front. We quickly learn that moments before Tori crashed, she had sent a text to her husband reminding him to put the chicken in the oven.

Recently, I’ve taken to putting my phone in my bag on the back seat so that it’s totally out of reach when I’m driving. This is not because I consider myself some sort of model driver, nor is it because I’m some evangelical, holier-than-thou do-gooder, it’s because of the research I did for this novel.

Through the course of writing Glass Houses (where Tori Williams quickly becomes Public Enemy Number One, blamed for all the deaths in the collision, and has to fight to change public perception of her) I became consumed with the world of road traffic accidents. I spoke to police, other members of the emergency services, people who’d emerged from a coma and the loved ones of those who hadn’t. I read about victims of road traffic accidents and the stories of those behind the crash, and the more I read, the more I became convinced that there could never be a good reason to use a phone in the car. Your life, or someone else’s life, it just isn’t worth it, is it?

Many people have either said or posted in reviews, that because of reading Glass Houses, they would never now pick up their phone when driving, whether to speak or to text. I hadn’t expected this when I wrote the first words of Glass Houses, nor when I’d finished the first draft, not even when I had the very first copies in my hands. But I am so happy to hear this now.

My eldest child passed her driving test last summer and my youngest is about to start learning. It occurred to me that if we could start this young generation of drivers off on the right foot, instil from the start that there is no place for the phone at the wheel, then they could carry this practice forward, set the right example, put other generations to shame, and change a nation’s attitudes to phones in cars for ever.

I’m not saying this will be easy. I hear it all on radio phone-ins: Impossible! Nobody will manage it! We need our phones for work, for emergencies, to call our loved ones!

But I think it is possible, because this kind of change in a nation’s thinking happens all the time.

Back in the glorious 1970s when children played outside until they were hungry and walked to school on their own as soon as they could tie their shoe laces, back when they ate frozen mousse in a pot full of chemicals and when Wagon Wheels were bigger, I remember my three sisters and I playing Moving Houses. This was our game of choice on any car journey longer than ten minutes or so. Indeed, my abiding memory of the vast stretch of the eight hour journey from Wylam in Northumberland to Bridgend in South Wales for our annual summer holiday with our welsh relatives, was of our feet hovering six inches above the footwell, hands in laps, in Moving Houses position.

It wasn’t until much later in life that I realised this wasn’t a game entirely confined to my family – in fact, most of my peers seemed to have played it – this game involving great whoops of laughter as our orange Skoda saloon, weighted down with children and luggage, took a corner a little tightly and one, if not all of us, would lose that particular round as a foot inevitably touched the floor.

It’s incredible to me that this falling about in the back of the car happened in my life time. When I’d looked back on it previously, before I’d done any research for Glass Houses, I’d surmised that four girls between the ages of 7 and 12, wedged so tightly on the back seat, wouldn’t be going anywhere in a crash; even getting out of the car once stopped, it was difficult to move until others had detached themselves from the line. However, I’ve since seen the videos of simulated accidents and know that come crash, we’d have been lucky if all of us hadn’t careered out of the front windscreen, killing our parents en route. I heard that an unrestrained child in the back of the car would have the force of a baby elephant as it propelled forward and through the screen.

We know this now. And thus, after many unsuccessful attempts, seatbelt wearing in the front and back of the car has been compulsory since 1983 and 1986. I’m surprised it was as late as that but still, it’s a long time since I’ve seen anybody who doesn’t Clunk Click Every Trip.

I was too young to notice, but there were clearly many people and organisations protesting against a legal obligation to wear seat belts in the seventies and eighties, and I’m sure there were many others who recognised the need but didn’t believe that a nation could change its thinking.

And yet it did.

I think that we can get rid of mobile phones from the front of cars. And if Glass Houses can help persuade people to do this, although that was never my original intention, nobody would be happier about that than me.

Are you with me?

‘Glass Houses’ is available to buy from:-

‘Tea & Chemo’ is available to buy from:-