Blog Tour – ‘Revenge of the Malakim’ by Paul Harrison

I am absolutely thrilled to be taking part in this blog tour for which I have interviewed Paul Harrison.  ‘Revenge of the Malakim’ is Paul’s debut crime fiction novel and it is the first book in The Grooming Parlour Trilogy.

For the benefit of my readers can you tell me a bit about ‘Revenge of the Malakim’ please?

Its my debut crime fiction novel, based in Bridlington and surrounding area. A fast paced police procedural, with DCI Will Scott and his sidekick DI Daisy Wright, trying to identify and arrest a serial killer with a difference. Its a roller coaster of an investigation, taking the reader across the north of England, down to London and to the US. There’s lots of twists and turns throughout.

The planning of the story line and plot took the longest, since a common thread runs through the trilogy. It took several months planning, and two months to write.

What made you decide to write a series?

I cover a difficult subject, and there are so many different strands that I wanted to cover. The Grooming Parlour Trilogy of books, manages to encompass this without compromising the plot or hopefully, reader enjoyment.

When can we expect the next book in the series to be out?

The Dark Web will be out June/July 2017 I hope it will really hit the mark with readers, as the action and intrigue is non stop.

What would your reaction be if a character out of your book turned up on your doorstep?

Wow. Depends which one really. I would welcome them all, since Its up to me what they do and how they react. Though there are a couple I would avoid. Cannot say much more, if you get my drift.

Would you like to see this series made into a TV programme?

Definitely yes, I think it lends itself to a television series perfectly.

How long were you a police officer for?

My police career spans three decades. I saw huge changes during that time (1970s through to the late 1990s). I was medically pensioned out of the force after sustaining a serious injury on duty.

What sort of cases have you been involved in?

Everything, from murder, to child abduction, kidnapping. Its wrong that murder investigations are super interesting. They are difficult and often monotonous. In fiction, it is the thrill of the chase, and the mystery. You do not get that in day to day police investigations.

Well, at first it was exciting, being face to face with them. My first serial killer was Ron DeFeo, of Amityville horror fame. He was charming, yet deluded, he continually changed his story.  Peter Sutcliffe, (Yorkshire Ripper) was cold and calculating. I felt uncomfortable with him.  Funnily enough, having interviewed over thirty of these killers, there is one thing they have in common, it isn’t that they are evil. They are insipid characters with weak personalities.

Where do you see yourself in five years time?

I would love to still be writing crime fiction and hopefully with Williams and Whiting publisher and Mike Linane. They are the best publisher I have worked for. Mike is amazingly supportive and knows his stuff. I have total respect for him. I think it is fair to say that I have penned my last true crime book now. I had a decent run at it, over thirty books. Fiction is far more interesting.

Will there be more books from you after this series?

Most definitely. I am discussing something very special, for later this year, with my publisher Williams and Whiting as we speak.

I watch football, Leeds United. I do try to go to as many games as I can. In addition, I have three dogs, German Shepherds, so do a lot of walking with them. Which helps me think and plan new plot lines. 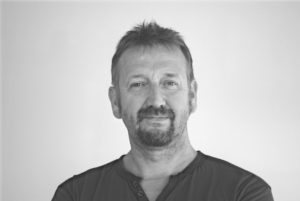 Paul Harrison is a retired police officer, with a successful career that spanned three decades.  During that time, he worked on some memorable high profile investigations, and interviewed countless criminals who operated within the darker side of humanity.  Paul began writing and had his first book published during his time in the police.  Since then, he has gone on to write 34 books, mainly in the field of true crime.  Now he has turned all that experience into writing crime fiction.

‘Revenge of the Malakim’ is available from Amazon UK:-