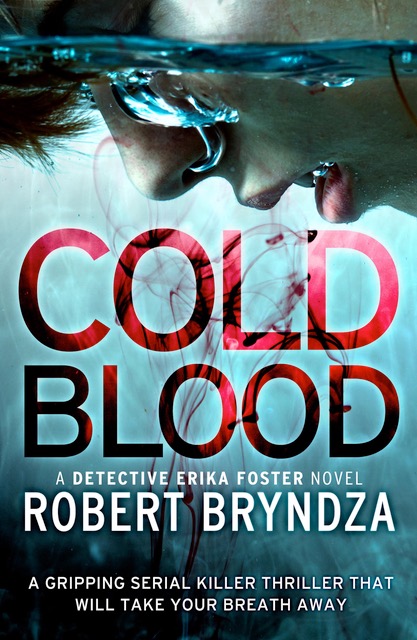 I am thrilled to be taking part in the cover reveal for Robert Bryndza’s new novel, ‘Cold Blood’, the fifth book in the Detective Erika Foster series.  It is being published as an eBook on the 20th September 2017 by Bookouture.  These days I could literally spend hours looking at covers and this one has certainly caught my eye.  Isn’t it stunning?

I have been hearing such great things about this series that I have finally given into temptation.  I am definitely going to have to read these books.  Anyway, here’s what ‘Cold Blood’ is all about.

The suitcase was badly rusted, and took Erika several attempts, but it yielded and sagged open as she unzipped it. Nothing could prepare her for what she would find inside…

When a battered suitcase containing the dismembered body of a young man washes up on the shore of the river Thames, Detective Erika Foster is shocked. She’s worked on some terrifying cases but never seen anything like this before.

As Erika and her team set to work, she makes the link with another victim – the body of a young woman dumped in an identical suitcase two weeks ago.

Erika quickly realises she’s on the trail of a serial killer who’s already made their next move. Yet just as Erika starts to make headway with the investigation, she is the victim of a brutal attack.

But nothing will stop Erika. As the body count rises, the twin daughters of her colleague Commander Marsh are abducted, and the stakes are higher than ever before. Can Erika save the lives of two innocent children before it’s too late? She’s running out of time and about to make a disturbing discovery… there’s more than one killer.

Brilliantly gripping, Cold Blood will have you hooked from the first page and holding your breath to the heart-stopping and shocking ending. 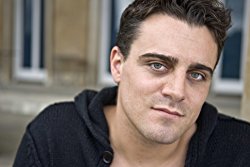 Robert Bryndza is the author of the international #1 bestseller The Girl in the Ice. The Wall Street Journal and USA Today bestseller is the first book in the Detective Erika Foster series.

The Night Stalker, and Dark Water are the second and third books in the series, and the fourth book, Last Breath, has recently been published.

Robert’s books have sold over 2 million copies, and have been translated into 27 languages.

In addition to writing crime fiction, Robert has published a bestselling series of romantic comedy novels. He is British and lives in Slovakia.

‘Cold Blood’ is available to pre-order from:- 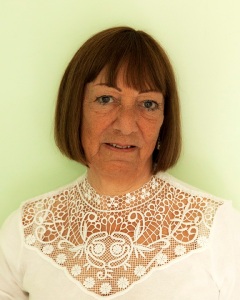 I would like to introduce you all to Natalie Kleinman whose novel, ‘Escape to the Cotswolds’ was published as an eBook on the 21st June 2017 by HQ Digital.  I interviewed Natalie and asked her all about her latest book.

Can you tell me a bit about ‘Escape to the Cotswolds’ please? 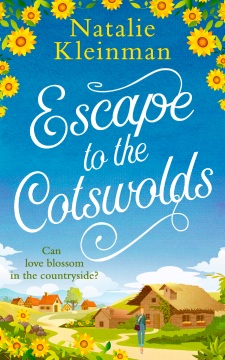 After her husband cheats on her one time too many, Holly leaves London and starts again in the beautiful village of Cuffingham. A talented artist, she is able, with the help of a legacy from her parents, to open a small gallery in the high street. She’s doing well, is spotted by an American dealer and whisked off to the States for an exhibition. Back in England Holly gets a puppy, the adorable Tubs, but still something is missing from her life. And then there’s Adam, the gorgeous vet with whom she has a less than satisfactory relationship. Will they ever recover from the scrap of their first meeting?

Where did you get the idea for your book from?

It began as the germ of an idea. A cheating husband. A girl who has the courage to start again. And an area I lost my heart to years ago in which to set her story. Aside from that I’m a bit of a panster so from that point on it took me where it would. That first draft is as much a journey of discovery for me as I hope the finished article is for my readers.

Have you ever visited the Cotswolds and if so, how would you sell it to someone thinking about going on holiday there?

Many times and I wouldn’t have to sell it. It sells itself. Glorious honey coloured stone buildings. Quaint villages and hamlets. English market towns. Rolling countryside. Magnificent country houses. Does it for me.

Did you find that your characters spoke to you whilst you were writing?

Always, to the extent that two demanded I change their names because they were definitely not happy with the ones I’d given them, particularly my hero. He was right. The first one didn’t fit. And Holly’s inner thoughts became private conversations between the two of us. I found myself willing her on. Even some of the minor characters are real to me. I can clearly picture Betty and Donald and their farm.

What would you do if you met any of the characters from your book for real?

A wonderful experience. My manuscript was submitted on 30th January and accepted on 15th February. My editors at HQ Digital were incredibly helpful and quick to reply to any queries. In no time, it seemed, I was given a publication date, then a cover reveal (I love it) and before I could blink it was up on Amazon and on its way.

How did you feel on the day your book was published?

Excited, euphoric and a bit stunned by the promotion side of things.

Are there more books coming?

The next one is in the planning stage, sort of. I don’t do a meticulous plan (remember, I said above I’m a panster) but I’ve written an outline and the whole story is in my head, though not the details of course. A couple of chapters done and already I’m finding out about my characters. One is particularly appealing. I can’t wait to see what happens next!

Has social media been useful to you?

Immensely. It’s not my favourite thing but I appreciate its importance. How can readers buy a book they don’t even know exists?

What advice have you got for anyone wanting to write a book?

Write it – but remember that writing is a craft, to be learned like any other. Now-famous authors who experienced instant fame had probably been writing for many years before their overnight success. There will be highs and lows but if it’s in you it will find a way out. Above all, engage with other writers. Join a group or a creative writing school. And depending on your favoured genre, look to the romantic, crime historical associations and become a member. The help you will receive will be priceless. On a personal level I can’t recommend The Romantic Novelists Association too highly.

You are given the task of living on a desert island for one month and are only allowed to have two books with you.  What would they be?

Frederica by Georgette Heyer. I’ve lost count of the number of times I’ve read it. It’s like a comfort blanket. And Escape to the Cotswolds so my characters, who have become my friends, can hold my hand until I’m rescued.

Thanks for answering my questions, Natalie.  Your book sounds wonderful and I wish you every success with it.

Natalie, a born and bred Londoner, has a not-so-secret wish to live in the area she so enjoys writing about. While this isn’t practical at the moment she stills allows herself to dream of honey-coloured stone cottages, quaint villages and rippling brooks. Maybe one day.

A late-comer to writing, she has two published novels and many short stories to her name. She attributes her success to a determination to improving her craft, attending any and every writing event she can. All that and a weekly attendance at The Write Place Creative School in Dartford where cream cakes are frequently on the agenda.

Natalie lives with her husband in Blackheath, south-east London – except when she’s tripping off to The Cotswolds in the name of research. Somebody has to do it!