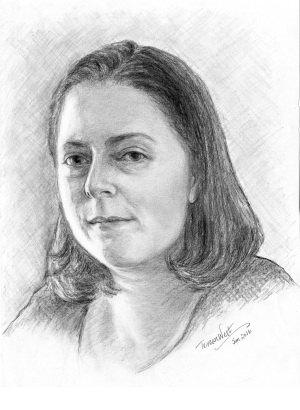 I really hope you have been enjoying Lynne Milford’s monthly guest posts.  Lynne won my Twitter competition last year to feature on my blog for a year and so far things seem to be going well.

This month Lynne has decided to do something different.  Having talked about her debut novel, ‘A Deadly Rejection’, she thought it would be nice for you to be able to read an extract from it.  I think it’s a brilliant idea myself.  She is also giving away 1 of 5 x signed paperback copies of her book.  How nice is that!  I really hope you enjoy the extract.

It was the smell that drew the spaniel to the clearing. She loved anything dirty and smelly; the smellier the better, in fact. She didn’t even mind being hosed down by her owner when they got home, as long as it wasn’t too cold. It was worth it.

The long grass and brambles crunched under her paws as she leapt through the undergrowth. Coppin Woods was her favourite place for a walk. She paused a moment, sensitive nose twitching as she sniffed the air. Yes, it was definitely getting stronger. She wasn’t entirely sure what it was but that wasn’t important.

She could hear her owner calling her name, but she carried on running.

When she found the clearing, she stopped stock-still and began to bark; a warning bark rather than the joy of spotting a rabbit. By the time her owner caught up to her, she’d circled the car with the engine running and the hosepipe running from the exhaust into the car through an open and duct-taped window. She’d scampered back to the edge of the clearing whimpering. This wasn’t what she’d been expecting.

The smell of car fumes was drifting all around the clearing. She watched as her owner rushed forward and tugged at the door handle of the car. She barked a warning and ran to his side, but he pushed her away. The door wouldn’t open and, finding a rock on the ground, her owner smashed the car window. Coughing, he leaned inside and switched off the engine. Flicking open the door lock, he dragged the driver from the car and laid him on the ground.

‘Can’t tell if he’s breathing,’ he muttered, pulling out his mobile phone. The skin on the driver’s face was burned and blackened, as were his hands.

Soon an ambulance, fire engine and police car were pulling up at the end of the track that led to the clearing. The paramedics ran to the clearing, carrying their heavy equipment, but after a short examination, they were shaking their heads.

‘I’ll never understand why they do it,’ replied the other.

‘Peaceful, I suppose,’ remarked the police sergeant who had just joined them.

The spaniel was twitching and pulling at her lead while her owner spoke to the police officer. She no longer thought that smell was interesting. She wanted to go home.

If you liked A Deadly Rejection so far, there are five copies up for grabs. Just comment in the box below by 6th July 2018 and I’ll pick five names at random.  Good Luck!  Please note this competition is open to UK residents only.

A Deadly Rejection is available in ebook and paperback from Amazon. UK address is https://www.amazon.co.uk/dp/B0768WP1SB

Second guest post (February 2018) – Where did A Deadly Rejection come from?

Fourth guest post (April 2018) – Why you should write a series