‘Death Deserved’ is the first book in the Blix & Ramm series, written by two of the biggest names in Nordic Noir, Jørn Leir Horst and Thomas Enger.  It has been published in eBook by Orenda Books and is also available as an Audiobook.  The paperback will be released on the 20th February 2020.

I am thrilled to be taking part in this blog tour today along with another book blogger and would like to thank Anne Cater of Random Things Tours for inviting me to participate.

I have a competition for you all to enter.  Exciting or what!

Oslo, 2018. Former long-distance runner Sonja Nordstrøm never shows at the launch of her controversial autobiography, Always Number One. When celebrity blogger Emma Ramm visits Nordstrøm’s home later that day, she finds the door unlocked and signs of a struggle inside. A bib with the number ‘one’ has been pinned to the TV.

Police officer Alexander Blix is appointed to head up the missingpersons investigation, but he still bears the emotional scars of a hostage situation nineteen years earlier, when he killed the father of a five-year-old girl. Traces of Nordstrøm soon show up at different locations, but the appearance of the clues appear to be carefully calculated … evidence of a bigger picture that he’s just not seeing…

Blix and Ramm soon join forces, determined to find and stop a merciless killer with a flair for the dramatic, and thirst for attention.

Trouble is, he’s just got his first taste of it… 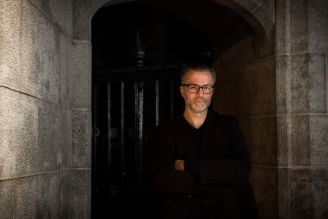 Jørn Lier Horst and Thomas Enger are the internationally bestselling Norwegian authors of the William Wisting and Henning Juul series respectively. Jørn Lier Horst first rose to literary fame with his No. 1 internationally bestselling William Wisting series. A former investigator in the Norwegian police, Horst imbues all his works with an unparalleled realism and suspense. Thomas Enger is the journalist-turned-author behind the internationally acclaimed and bestselling Henning Juul series. Enger’s trademark has become a darkly gritty voice paired with key social messages and tight plotting. Besides writing fiction for both adults and young adults, Enger also works as a music composer. Death Deserved is Jørn Lier Horst & Thomas Enger’s first co-written thriller.

‘Death Deserved’ can be purchased / pre-ordered from Amazon UK:-

One lucky person has the chance to win a paperback copy of ‘Death Deserved’.  To enter just share my post on social media and leave a comment on here.

The winner will be chosen within 7 days of the closing date and their details passed on to Anne Cater of Random Things Tours.