Archive for the tag “Adam Steiner” 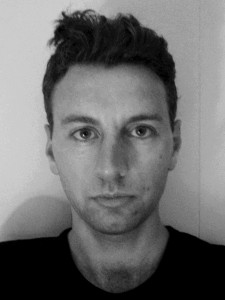 I would like to introduce you all to Adam Steiner.  His debut novel, ‘Politics of The Asylum’ is out this autumn.   Adam has written a guest post for this event.

Notes From the Abyss

Politics of The Asylum (PoTA), forthcoming from Urbane (Autumn 2017), is a nightmare vision of the modern NHS. Based on the author’s own experiences, the novel tells the story of a hospital in decline through the eyes of a downtrodden cleaner, Nathan Finewax. As things fall apart accidents, mistakes and cover-ups are on the rise and Nathan becomes institutionalised by hospital routines, finding it harder to escape his circumstances and the inevitable fate of one day becoming a patient himself.

I wrote Politics of The Asylum with a clear goal in mind: I wanted to provide a critique of the NHS pushed to breaking point, based upon some of my own experiences working as a hospital cleaner. I started writing the book back in 2013, and it has become ever more prescient in the intervening years.

My pervading memory is a Proustian hangover of bleach. Endless bleach, washing and re-washing surfaces, day in and day out, life reduced to the mode of repetition – which ultimately made me question what the staff and patients were living for. This sounds very OTT, but at the time, I was trapped in a very debauched and damaging cycle of early-morning work and mad, wild evenings driving around country lanes of the Warwickshire hinterland, trying to find something to do and somewhere meaningful to go, with not enough sleep and steadily going out of my mind. Needless to say, there were many scrapes and much unpleasantness, but I’m glad to say I came through it, more or less undamaged, but I remember everything – and what I experienced went straight into the book. Names are changed, identities erased and the real fictionalised; in an ironic meta-sense, I’ve been as paranoiac and controlling as the NHS itself. And I’ve tried to be as respectful and secretive as I can to the dead and the damaged – but without pulling the teeth from the book.

From a political, that is to say, personal, standpoint – I believe that if we are to call ourselves a democratic society, one of our most important is to critique and question the political and civil state in which we live. So it should be with the NHS – it is an institution more meaningful to our daily lives than any monarchy could ever hope to perform – although I expect they go private – which makes them the enemy, or at least part of the problem.

The people who work as part of the NHS, dedicating their lives in order to help others, are, in my view, a form of civil servant – they have chosen this role, and with it comes certain expectations – the most crucial being the duty of care. This applies to frontline, hands-on staff, but also to all administrative bodies, up to the highest managers and directors – they would do well to remember this.

In any large organisation there is always corruption, maladjustment and the power of ego corrupted by power. And while I have to emphasise that the majority of NHS staff are excellent people with the right intentions; the purposeful dismantling of the NHS by the current occupying government is the major source of the rot which has created a climate of fear and decline in NHS behaviour and standards. I have experienced staff pushed to breaking point, attacked by the media and deliberately undermined by the state. Ultimately, this leads me to a wider philosophical concept, that undermines the unity of the NHS, the Death of Affect.

One of the major themes of my book is the nature of power relationships between individual beings; from the level of atomic exchanges of heat and energy, people pushing and shoving, and psychological manipulation of patients, staff and civilians – all of which reside in power – a preoccupation of the French philosopher, Michel Foucault. He argued that through completing an archaeological account of social and civic institutions, hospitals, asylums etc. we can draw an arrow of time through to the present, and re-evaluate how we live now. So far, so straight edge.

The minutiae of these day-to-day power relationships is embodied in the simplest of tasks; from handing a thirsty person a glass of water, listening to the lubb-dupp of their heartbeat or helping them to the toilet. These are acts of kindness, driven by duty and obligation of a role – but ultimately, these individuals are motivated by their ability to be affected by the plight and need of others. The NHS staff member is placed in an intimate position of power and responsibility, they are faced with options in their daily lives, hard choices to be made; and must make decisions of how and when to act – or not.

Death of affect is comparable to the lack of empathy present in sociopathic mindsets and psychopathological traits; where people see no need to act, let alone care, in order to help others. The pressure and pejorative scrutiny placed upon NHS staff creates this same deadening of affect – creates a failure to care or to act to the utmost of their abilities – engendering a return to the state of nature and sheer individualism – it is in this environment in which cruelty breeds and failure is accepted as a day-to-day occurrence. It is this schism in human nature, these internal tensions that are throttling the NHS that my novel explores, challenges and struggles to find the answers to.