Archive for the tag “conspiracy” 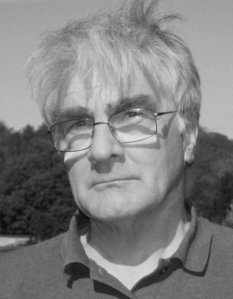 Big congratulations to Richard Whittle whose new book, ‘The Man Who Played Trains’ is out today published by Urbane Publications.  Richard took part in my Urbane Blog Event in March and it is a real pleasure to have him back on my blog with a guest post.

Sonya, thank you for inviting me to write a Guest Post, I really appreciate it! In March you were kind enough to interview me and to publish an extract from my novel, The Man Who Played Trains, which will be published on 25th May by Urbane Publications. My publisher calls it an intelligent thriller.  What more could I ask?

The Man Who Played Trains is not my first novel. Fifteen years ago I was shortlisted for the Crime Writers Association’s Debut Dagger Award and received a runner-up prize, presented by Ian Rankin – who, tongue in cheek, asked me not to set any novels in Edinburgh. He also told me to keep writing, encouragement I didn’t need at the time but which I would have appreciated many times before, and since, that day. Like so many writers, I’d had short stories published, but no full-length novels. I had been submitting novels to publishers and agents for years, receiving those negative responses we all know so well. Also, occasionally, a few words of encouragement.

The best writing advice and encouragement I ever had was from Random House. Years before my modest success with the Dagger I submitted the typescript of a full novel to the company (probably as part of a scattergun approach to publishers and agents, I cannot even remember which novel I sent). Somehow it fell into the hands of one of the company’s directors and he personally edited, with a lot of red pen, the first three chapters of my book. The letter accompanying the returned typescript ran to two single-space pages of helpful critique and suggestions. He ended by assuring me that one day I would be published. He did add that it might take some time. He was right.

A few years ago I became so disheartened with the responses to my submissions that I gathered up all my correspondence and ceremoniously shredded the lot. Regretfully, the Random House letter died in this purge – though if I am honest with myself I see little point in keeping such things – I read somewhere that we are known for what we do today, not what we have done in the past. That is not always true (think Mandela, Einstein, Pankhurst, Shakespeare, Tchaikovsky…) but it is sound advice that keeps me on my toes.

So where are all these novels, you might ask? Complete and incomplete typescripts litter my hard drives – stories not dead but merely sleeping, awaiting modification and renovation. Many stem from a stage when I wrote only for myself (I had spent far too much time submitting my work to agents or publishers and not enough time writing). During this time, a period of about four years, if I tired of the novel I was writing I put it aside and started another. It is rather like having a big garage full of old cars, some in bits, some almost ready to run (apologies for the analogy if you know nothing about old cars. I am sure you can think of another).

One of these restarts and rewrites was Playpits Park, a novel I self-published on Amazon. To my surprise it acquired more 5-star reviews that I could ever have wished for. The Kindle version was downloaded more than six thousand times.

So who do I write for now, myself or the reader? That is not an easy question to answer. When you read The Man Who Played Trains you enter a world I inhabited before you, a world built from real and imagined places, real events and fictional events. I believe Robert Harris said it first – there are holes in history that you can fall through. This story, set in Edinburgh (sorry, Ian), the far north of Scotland around ten years ago and in Germany in wartime, is a crime novel, a mystery, a thriller and adventure story. My greatest wish is that you enjoy reading my work as much as I enjoy writing it. That makes it all worthwhile.

I wrote at the start of this post that The Man Who Played Trains is not my first novel. Nor is it about trains, though they do appear now and again. Thank you for reading this guest post until its end. That, too, makes it worthwhile!

Buy The Man Who Played Trains from Urbane: http://urbanepublications.com/books/the-man-who-played-trains/

Also at Waterstones, Blackwell’s, Amazon and all good bookshops.

I would like to welcome James Silvester back to my blog.  His new book, ‘The Prague Ultimatum’ is out on the 13th April.  James has written a guest post for this event.

A huge thanks firstly to Sonya for kindly allowing me back onto her site, and thanks also to Matthew at Urbane Publications for his continuing confidence in me.

Getting the nod from your publisher that he wants to commission your second book and that you need to start work is like downing a cocktail composed of wildly different elements.

First is the elation; sheer and complete. The idea that your work has been well received and the bloke you’ve been working so hard to impress has enough belief in your ability to invest in a future offering, brings with it a joy of a kind all its own. But shortly afterwards, once that has sunk in, comes the clawing spectre of self-doubt along with all its nagging chums. Whereas your first book might well have been written over several years, without deadlines or pressures other than those self-imposed, this time it’s a different kettle of fish. Now there is someone investing in you, both with money and time, and along with the investment comes expectation, deadlines and the deeply ingrained worry that you’re not really up to this…

Of course, you ultimately pull yourself together and crack on, but there’s no denying that some of the challenges are just that little bit harder this time; and this is nowhere more apparent than when designing your new characters. My second book, The Prague Ultimatum, serves as a sequel to 2015’s Escape To Perdition, although not so blindly that it can’t be read as a stand-alone story. But even though a number of characters make return appearances, the focus is on someone entirely new, and putting the pieces of the new protagonist together was one of the most challenging aspects of the entire process.

While in some respects it would be nice to slip back into writing for a familiar and established character, one for whom you have already developed a back story, motivations and relationships, in this case (all spoilers aside) it simply wasn’t an option. This new book required a new Lead, someone who could view the landscape with fresh eyes, less attuned to the political intricacies and moral ambiguities than Peter Lowe, the anti-hero of Escape To Perdition. I needed someone who could fill the role of a Stranger in a Strange Land, someone above the political intrigue and dark deeds that typify the espionage genre, and desperate to remain so. Rather than a repentant spy, ashamed of himself and his work in an unseen and murderous underworld, the story called for an honourable character, used to fighting his battles in more open territory; unwilling to be corrupted by the seedy world he has been thrust into, but slowly being overpowered by it nonetheless.

One of the questions I was often asked after my first book was how much of ‘me’ was there in the main character, and the truth is a sometimes disappointing ‘bits and pieces.’ Peter Lowe certainly shares my tastes in sixties music and fashion, and I can certainly give in to the occasional foul mood and desire for the odd tipple, but the character wasn’t intended as some sort of literary reflection. Besides which, I’m not sure a thriller about a balding writer with an ever expanding waistline, would make for good reading… If I’m honest, I’m guilty of peppering several characters with a few more ‘bits and pieces’ of myself and that’s true as well of The Prague Ultimatum’s chief protagonist, Captain Lincoln Stone, though I hope not in a self-serving or obtrusive way.

Though the story is fictional, it draws heavily on the political realities of today’s world, with the tensions and crises that occupy it very much present, whether in the form of international terrorism, populism or political instability. As must we all, Stone has little choice but to adapt to these tensions if he is to survive and move on, and he does so by falling back on his military training and experience. But as precarious as the international situation fast becomes, nothing is as important to Stone as the personal crisis he daily struggles with, having been unfairly scapegoated by his government and desperate to prove his honour to the world, and more importantly, to his son.

Putting together a new cast of characters is always a challenge; trying to keep them fresh and engaging enough to hold the reader’s interest and carry the story often feels a somewhat gargantuan task. The rewards though, when reading a kind review or listening to people’s reactions to characters, speak for themselves, and hard though it sometimes it, it’s a challenge I hope I never tire of.

And while Captain Stone fast becomes an essential cog in the mix, I hope his reactions and motivations reflect those of a good many readers in coming to terms with the issues of the day.

‘The Prague Ultimatum’ can be pre-ordered from:-

‘Escape to Perdition’ is available to buy from:-