Archive for the tag “republished”

I am absolutely thrilled to be taking part in this blog tour.  I have been following Tania Crosse on social media for quite a while now and am always happy to share her posts.  I love the sound of her books, so when I heard that a couple of them were being republished and that there was going to be a blog tour I jumped at the chance to take part.  I would like to thank the author for making me aware of this blog tour and Jill Burkinshaw of Books ‘n’ All Promotions for inviting me to participate.

‘The Wheelwright Girl’ and ‘The Ambulance Girl’ were republished by Joffe Books on the 4th February 2020 and are available as eBooks.  Here is a little bit more about both books.

A compelling wartime saga about a spirited young woman seeking happiness on her own terms.

Originally published as Wheels of Grace.

She dreams of making her mark as a London Suffragette. Too bad she’s still stuck in Walkhampton, the sleepy village where she was born.

As a child, she could escape to the wheelwright’s mill. Spellbound, she’d watch labourers hammer white-hot iron and timber into wagon wheels.

Now she’s a woman and nothing about the village feels like home. The men are brutish, the women afraid of change. Her best friend is trapped in an abusive marriage, yet no one seems to care.

GRACE WON’T SETTLE FOR THAT.

Perhaps she could have married Martin, the mill owner’s son. But society says she’s not good enough. So Grace must find a new dream.

SHE WILL PROVE THEM WRONG. BUT CHANGE IS COMING . . .

When World War One breaks out, no one in the village escapes untouched. Grace wants to be part of the war effort.

When the wheelwright’s men leave for the front, Grace immediately volunteers to fill in. The move raises eyebrows in the village.

But Grace has her sights set on a fulfilling new vocation. And she’s not about to stop for anything — or anyone. But at what cost to her own happiness?

A poignant, sensitive and intensely moving account of one village’s war and the endurance of those who wait at home for news of their loved ones.

‘The Wheelwright Girl’ can be purchased from Amazon UK:- 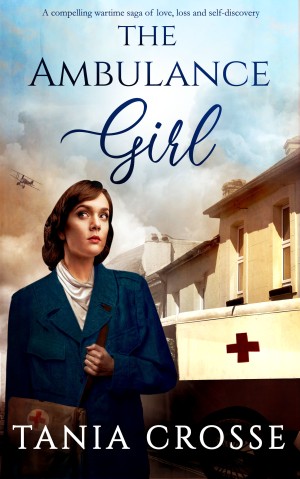 A compelling wartime saga of love, loss and self-discovery at the battlefield’s edge.

Originally published as Teardrops in the Moon.

A YOUNG WOMAN WHO DOESN’T WANT TO BE TIED DOWN

Dartmoor, 1914. Twenty-four-year-old Marianne Warrington is in danger of being left on the shelf. That’s what her mother says and that’s precisely how she wants it.

She has her future mapped out and it doesn’t include marriage or babies. Instead, she vows to devote herself to rearing horses on her parents’ farm.

BUT HISTORY HAS OTHER PLANS

Then World War One breaks out and the Warringtons’ peaceful existence is shattered forever. Amid the chaos, Marianne seizes her chance to prove she’s more than just a spinster.

When her brother leaves for the battlefield, Marianne is determined to follow. She signs up to serve as an ambulance driver in war-torn France. There, she witnesses unimaginable horrors.

Yet there’s one face she can’t banish from her thoughts. It belongs to Major Albert Thorneycroft: a handsome and perplexing stranger who means more to Marianne than she’d care to admit.

WHAT IF FINDING HAPPINESS MEANS LOSING HERSELF?

As the war rages on, a battle ensues between Marianne’s head and heart, testing her resolve like never before.

TANIA CROSSE weaves blissfully human stories with impeccable research, giving her characters all the complexity and colour of real life. Tania has been shortlisted for Best Romantic Saga in the 60th annual RoNA Awards.

WHAT READERS SAY ABOUT TANIA CROSSE:

“I know you spend many hours researching your subject and this truly shows by the way you bring your stories to life. I can never put the book down! I have always enjoyed your books – particularly the Devon ones as it gave us “up country folk” an insight into Devon life and its social history. Can’t wait for the next one now!!” H.

“Highly recommend this read. Moments of tragedy are uplifted by a sense of empowering and inspiring strength from the main characters. The narrative is brilliantly authentic and every emotion that is expressed by the characters is mirrored in the reader’s heart.” Cindy

“I now look forward to reading more from this brilliant author.” John H.

“Tania Crosse is an excellent story teller. She tells a story of how tragedy turns to happiness in the most unexpected way. ” S.J.

“This is the first book I’ve read by Tania Crosse, but it won’t be the last. I started this just before bedtime, feeling rather sleepy, and then just couldn’t stop reading. I loved everything about this heartwarming story and will look out for all future books by this author. Highly recommended.” Sarah M.

‘The Ambulance Girl’ can be purchased from Amazon UK:-

Both books sound great and I am really looking forward to reading them. 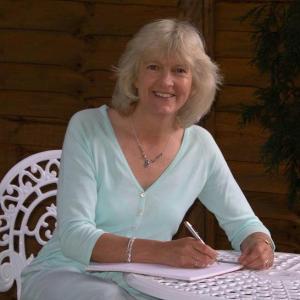 Historical novelist Tania Crosse was born in London and lived in Banbury Street, Battersea, where her two most recent titles are set. However, at a very young age the family moved to Surrey where Tania’s love of the countryside took root. She always enjoyed reading and has composed stories ever since she could hold a pen. After studying French Literature at university, she devoted twenty years to bringing up her family. But her passion for writing never left her, and side by side with her in-depth research into Victorian social history, she began to pen her novels in earnest as her family grew up.

When Tania discovered Morwellham Quay, the restored Victorian copper port and now living history museum in Devon, she fell in love with this magical place and felt a spiritual compulsion to create a story that would illustrate life there in times gone by. This led to the publication of her debut novel, ‘Morwellham’s Child’, and now Tania has fourteen published titles with which to thrill her readers.

Tania has now completed her series of novels illustrating the rich history of Tavistock and the surrounding area of Dartmoor from Victorian times to the 1950’s. She is now working on a series of Twentieth Century stories set in London and the south east. She draws very much on her own experiences of life to create her books. She hates being catagorised as a writer of historical romance. The history comes first, she insists, and the human tales develop from her research. The characters lead harsh, demanding lives and their stories are often cruel and harrowing.

Tania has been happily married for forty five years and claims she would never have achieved her success without her husband’s support. They have three grown up children, two grandchildren and three grand-dogs! 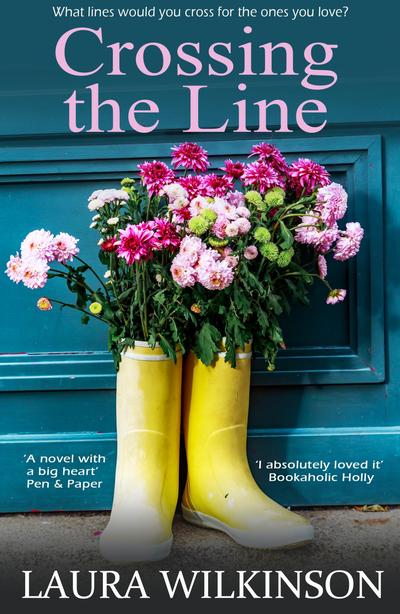 Big congratulations to Laura Wilkinson whose book, ‘Crossing the Line’ (previously called ‘Public Battles, Private Wars’) is out today in paperback, published by Accent Press.  I just love that cover.

I read ‘Public Battles, Private Wars’ a few years ago and am posting my review again.  First though lets look at what ‘Crossing the Line’ is about.

Miner’s wife Mandy Walker lives a quiet life. She’s hopeless at everything apart from looking after her boys and baking. Life is fine.

But she knows it could be better.

Her husband’s a drinker and best friend Ruth is busy with a teaching career. Mandy dreams of a different life – an impossible, unachievable life. Only Ruth’s husband Dan believes in her and, after serving during the Falklands war, he’s damaged.

But when the men come out on strike, Mandy joins a support group. She finds friends and strength in surprising places. And secrets and enemies where she least expected them.

Mandy must decide which side of the line to stand on and determine her fate.

‘Crossing the Line’ is set in Yorkshire, Fenley Down in the 1980’s, and tells the story of the miners’ strike.

Mandy is 23 years old, married to Rob who works in the mines, and has children.  Mandy feels as if she is stuck in a rut and wants to do more.  However, a life as a housewife and bringing up the children seems inevitable.  Mandy’s childhood friend, Ruth, who left Fenley years ago, returns with her Falkland’s war hero husband, Dan.  But something just doesn’t add up and Ruth isn’t the person she appears to be.

Conflict with the Coal Board turns to war and the men go out on strike.  The community and its whole way of life is badly threatened and Mandy finds herself joining the Fenley Action Group (FAG) which gives her a whole lot of confidence.  As the strike goes on relationships are tested and Mandy discovers just who her true friends are.

This book is just so different from Laura Wilkinson’s debut novel.  I really enjoyed it and I liked her writing style.  I could actually hear the Yorkshire accent.  Whilst this story was about the miners’ strike it also took a good look at the people affected by it and their families, bringing with it a couple of interesting plots.

Mandy was one of my favourite characters.  She was of strong character no matter what life threw at her and a woman to be admired.  The cakes she baked and the descriptions throughout the book are enough to make anyone’s mouth water.

‘Crossing the Line’ is available to purchase from Amazon UK:-

Laura Wilkinson is a feminist and lover of ginger hair. A resident of an unfashionable quarter of Brighton, she likes to write stories which entertain and provide food for thought. Her novels are Crossing the Line, The Family Line, Redemption Song and Skin Deep. Her work has been described variously as ‘compelling’, ‘poignant’, and ‘emotional’. Alongside writing, she works as an editor and mentor, and speaks at events nationwide. She has a passion for fashion and anything which glitters. In another life, she’d make a good magpie.