Archive for the tag “stalking” 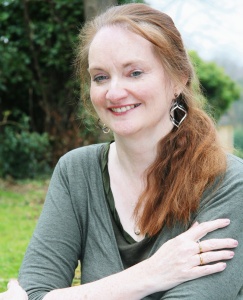 I am thrilled to welcome Linda MacDonald back to my blog.  I really do like the sound of her books and I hope to read them at some stage.

Linda has kindly answered some questions for me about her writing.

Firstly, please can you tell me about the types of books you write.

Where did you get the ideas for your books from?

Many ideas come from personal experience or through discussion with friends. For example, the ‘stalking’ theme in The Alone Alternative came about because of a series of threatening nuisance calls I received over a period of months. It transpired they were from the partner of a supermarket delivery driver. She found my phone number on his mobile from a late night call (which happened when a promised late delivery hadn’t turned up) and assumed I was having an affair with him. You couldn’t make it up!

Marianne in Meeting Lydia was bullied as a child when she was one of very few girls in a boys’ prep school. The same thing happened to me and it continued to affect me in later life. Marianne also, like me, found a classmate via Friends Reunited (the only boy in the class who was never horrible to her) and this prompted the exchange of many emails. However, the adult Marianne has a life different from mine and although I share some of her anxieties, she often deals with situations differently from how I would.

What do you hope readers get from your books?

Primarily, I hope readers come away feeling that they’ve read something worthwhile and perhaps armed with strategies that will help them navigate some of the difficulties of relationships.

When did you first start writing?

I don’t remember a time when I didn’t write. But I began my first novel when I finished university and it took me seven years to complete. It was all long-hand drafting in those days – and then typing up on a portable typewriter. I completed a second ‘practice’ novel when I was in my thirties. However, the published ‘Lydia’ series only began in 2001, after the chance meeting on the internet gave me an idea of how to create a work of fiction inspired by my experiences of school bullying. It was a theme that had bubbled quietly in the background all of my adult life, but I didn’t have a plot until I met ‘Lydia’ again.

Have you got plans to write anymore books?

What began as a single book has now become a series of four – although each also stands independently. The teenagers in Meeting Lydia are now young adults and I’m currently writing snippets about the life of one of them – and considering whether to develop them into a novella. And there is also a secret from my second book – A Meeting of a Different Kind – that only 3 people know. If the truth is discovered, there will be potentially dire repercussions. This may form the basis of a full-length novel but is as yet in embryonic form.

All in all what has the publishing process been like?

A rollercoaster of highs and lows, hopes and dreams, toil, persistence, determination and some wonderful people who’ve helped me along the way, in particular those I’ve met via social media.

Who designed the wonderful covers?

Three out of four of my covers were designed by the amazing young artist Matthew Fall McKenzie.

What advice do you have for anyone wanting to write their first novel?

Be passionate about the subject matter and write because you want to write, not because you have expectations of sales and fortune. It is increasingly difficult to make money as a writer – so don’t give up the day job. Think ‘North Pole’: one step after another and you will eventually get there. Turn off the rubbish on TV and write a hundred words. Very often, once you do that, you will write a hundred more.

Linda MacDonald is the author of four independently published novels: Meeting Lydia and the stand-alone sequels, A Meeting of a Different Kind, The Alone Alternative and The Man in the Needlecord Jacket. They are all contemporary adult fiction, multi-themed, but with a focus on relationship issues.

After studying psychology at Goldsmiths’ London, Linda trained as a secondary science and biology teacher. She taught these subjects for several years before moving to a sixth-form college to teach psychology. In 2012, she gave up teaching to focus fully on writing.

Linda was born and brought up in Cockermouth, on the edge of the Lake District in Cumbria and now lives in Beckenham in south east London.

Linda MacDonald’s books can be purchased from:-

‘The Alone Alternative’ is Linda MacDonald’s latest book in a series of thought-provoking novels about relationships.  Linda has written a very interesting guest post for my blog.

When is stalking, ‘Stalking’?

Do you remember being fourteen and following every move of the most fanciable boy in the school? He was probably a year or two older, supremely cool and confident and with a glamorous girlfriend. He may have had two or three equally desirable friends and they would roam the local park, talking music and girls, posing, preening, aware of the glances, revelling in the attention. They and their girlfriends were ‘key characters’; you watched adoringly, jealously, from the sidelines.

When you were fourteen, you might have been aware of their schedule, accidentally-on-purpose hanging out with your friends in a nearby location so you could swoon in a way that only teenage girls can swoon. Or you ‘arranged’ a meeting on the staircase or in a corridor at school, because you knew his timetable. Yes, you stalked your love-interest, you fantasised and imagined that one day he would notice you.

But this is normal behaviour for a young teenager and doesn’t mean any harm. Ten, twenty or thirty years on, the same thing would be seen as unusual; even weird or desperate. There’s an element of threat when an adult woman or man follows every move of someone who isn’t interested in her or him. This is when stalking becomes Stalking.

Who are the Stalkers?

There are those that stalk celebrities with a childlike obsession. Perhaps they have a high insecurity and fear of rejection, so chase unattainable goals. But most stalkers are known to their victims. Often they are reluctant exes, desperate to win back their lost love.  Or they may be a friend or acquaintance who wants a relationship and is the victim of unrequited love. Research has shown stalkers have often suffered disrupted attachment in childhood and a recent rejection of any sort may start stalking behaviour. The stalker may link their own happiness with the attainment of a relationship with a particular person and when they don’t achieve their goal, they become distressed and try even harder. The unattainable person is often idealised, becoming an even more desirable goal. The stalker may adopt extreme chasing behaviour and is likely to misinterpret any signs as encouraging, even negative ones.

Cyber-stalking via social networking sites or email is a relatively recent phenomenon. Twitter is the perfect medium for the potential stalker because it is so easy to read someone else’s tweets or send them messages. But for it to constitute Stalking, there must be a threat of harm such as sending them malicious tweets or posting defamatory tweets about them. The law is beginning to catch up with this new type of behaviour.

In my latest novel, The Alone Alternative, stalking is one of the sub-plots, showing how an acquaintanceship can suddenly turn sinister; how friendliness may inadvertently lead someone into imagining you are interested when you are not. Stalkers see what they want to see; hear what they want to hear and if a person is known to you, it is not always easy to identify when the boundary has been crossed and the behaviour poses a threat. If you are interested in the psychology of stalking, you will find more information in the book.

Linda MacDonald was born and brought up in Cockermouth, on the edge of the Lake District in Cumbria, England. She was educated at the local grammar school and later at Goldsmiths’, University of London where she studied for a BA in psychology and then a PGCE in biology and science. She taught secondary science and biology in Croydon for eleven years before taking some time out to write, paint and make jewellery. In 1990 she was lured back into teaching at a sixth form college in south-east London where she taught health and social care and psychology. For over twenty-five years she was also a visiting tutor in the psychology department at Goldsmiths’.

The Alone Alternative is the third part of a series of thought-provoking novels about relationships. It also stands alone as an interesting read for both men and women. The first two parts, Meeting Lydia and A Meeting of a DIfferent Kind may also be read independently although many readers have enjoyed following the characters sequentially from the start of their journey.

Health issues in 2011 prompted Linda to retire from teaching in order to concentrate on her writing career. She hopes that with this new focus she can bring her books to the notice of a larger audience.

‘The Alone Alternative’ is available to buy on Amazon:-

‘You Wish’ by Terry Tyler

‘You Wish’ is Terry Tyler’s debut novel.  I had heard a lot about this book and got it free a few months back when there was a promotion on Amazon.  As I am always on the lookout for new authors I was really looking forward to reading it.

This story asks us if we control our own destiny or if it is actually determined by fate.

Ruth, am amateur psychic, is married with two children.  Her unemployed husband has a breakfast consisting of cannabis each morning.  A tragic event from Ruth’s teenage years still haunts her, so much so that she has never been able to confide in anyone about it.  Petra is single whilst her friends are all happily in relationships, but she doesn’t think she will ever be able to fall in love.  Sarah, who is totally obsessed with her weight dreams of being a “size zero”.

I found this book very hard to put down.  I thoroughly enjoyed reading it and really liked the writing style and the way the author has cleverly organised her chapters.  Each chapter takes you backwards and forwards between characters and the story even goes back to the 1980s during Ruth’s teenage years.

Terry Tyler has covered a number of issues including Facebook stalking, dieting and drug abuse.  She has really explored her characters and got into their minds, particularly Petra’s.  She thought she had found the one and convinced herself that he was for her.  I couldn’t help but feel bad for Petra.

This is an excellent debut novel.  Terry has since written three more books, all of which I plan to read.  I hope that there are many more to come.