Archive for the tag “Terry Tyler”

Book Launch – ‘The Devil You Know’ by Terry Tyler

Congratulations to Terry Tyler whose new book, ‘The Devil You Know’ is out today.  Isn’t the cover just fab!

Every serial killer is someone’s friend, spouse, lover or child….

Young women are being murdered in the Lincolnshire town of Lyndford, where five people fear someone close to them might be the monster the police are searching for.

One of them is right.

Juliet sees an expert’s profile of the average serial killer and realises that her abusive husband, Paul, ticks ALL the boxes.

Everyone likes Pru’s new boyfriend—except her teenage daughter, Maisie.  Is she the only one who can see through Gary’s friendly façade?

Jake fancies Tamsin.  Tamsin loves Jake.  But then her love turns to suspicion…

Steve is worried.  Is his childhood friend, Dan, just being his usual, misogynistic self, or has a new friend’s influence taken him down a more sinister path?

Dorothy’s beloved son, Orlando, is keeping a secret from her, and a chilling discovery forces her to confront her worst fears.

THE DEVIL YOU KNOW is a character-driven psychological drama that will keep you guessing about the outcome until the very end.

‘The Devil You Know’ is available to buy from:-

Book Launch – ‘The House of York’ by Terry Tyler

The lovely Terry Tyler is back with yet another book.  ‘The House of York’ has just been published and it sounds like another great read.

Widowed single mum, Lisa Grey, and wealthy businessman, Elias York, are young and madly in love.  A recipe for happiness?  But Lisa is marrying into a complicated family.  Her new sister-in-law doesn’t want to know her.   Middle brother Gabriel’s marriage suffers under a cloud of infidelity and gambling debts, while the youngest, Richard, keeps his dark secrets well hidden—and his wife suffers in silence.

Lisa and her mother are bonded by their powerful intuition, but dare not voice their fears about York Towers—or certain members of the family….

Love and loss, abduction, incestuous desires and murderous intent form the basis of this compelling saga in which horrors float just beneath the surface, to bring forth a shocking outcome.

History lovers may be interested to know that The House of York is loosely based on events during the era of the Wars of the Roses.

‘The House of York’ is available to buy now on:- 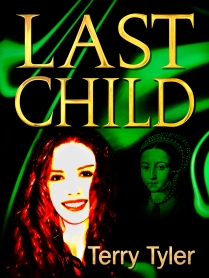 Congratulations to Terry Tyler who has just published her new book, ‘Last Child’.

LAST CHILD is the sequel to Kings and Queens, Terry Tyler’s modern take on the story of Henry VIII and his six wives.

Harry is gone, his legacy passed on to his children ~

Thirteen year old JASPER, who views the directors of Lanchester Estates as Harry Potter characters, and finds out that teenage love affairs are no fairytale.

ISABELLA, the eldest daughter; lonely and looking for love, she returns from a holiday in Spain with more than just a suntan.

Wild, independent ERIN, the girl of Transport manager Rob Dudley’s dreams, whose priority is not a husband and family but the continuation of her father’s work.

You will also meet the ambitious Jim Dudley, ex-nanny Hannah Cleveley, Rob’s long suffering wife Amy, and Raine Grey, whose nine days as PR manager for Lanchester Estates have a devastating effect on her life.  LAST CHILD takes the drama, passion and intrigue of Kings and Queens into the present day, with echoes from the past ~ and a glimpse or two into the future….

‘Last Child’ is available to buy on Amazon.

Book Launch – ‘Round and Round’ by Terry Tyler

Today sees the publication of ‘Round and Round’ by Terry Tyler, a romantic/paranormal story.  Her ninth published work, this is a 36K word novella, i.e., between a third and half as long as a full length novel.

Sophie Heron’s fortieth birthday is looming, and she is fed up with her job, her relationship, her whole life – not to mention her boyfriend’s new ‘hobby’, in which she definitely doesn’t want to get involved…

Back in 1998 she had the choice of four men, and now she can’t help wondering how her life might have turned out if she’d chosen differently.

The person to whom Sophie had always been closest was her beloved Auntie Flick, her second mother, friend and advisor.  Before her death in 2001, Flick said, “when I’m up there having a cuppa with St Peter, I’ll have a word with him about making me your guardian angel, shall I?”

As Sophie’s fortieth birthday draws near, she visits her aunt’s special place: a tree by a river, hidden from the world.  Here she calls on Auntie Flick to show her the way forward – and help her look back into the past so she can see what might have been….

‘Round and Round’ is available on Amazon:-

Terry Tyler published her new book ‘Kings and Queens’ last month.  You can read all about it here:-

5 very lucky people now have a chance to win an eBook copy of ‘Kings and Queens’.  To enter this competition please answer the following question by leaving a comment.  What would you do if you were Queen for a day?

Please note: You need to have a Kindle or a Kindle reading app.

Winners will be notified within 7 days and their email addresses will be passed on to Terry Tyler.

Terry Tyler’s brand new novel ‘Kings and Queens’ is out today and is available on Amazon.  Just click on the link below:-

Terry Tyler’s seventh novel is a romantic drama spanning the years 1971 – 2007, with an unusual echo from history …

KINGS AND QUEENS tells of the life and loves of charismatic Harry Lanchester, which just happen to mirror the story of Henry VIII and his six wives. All the passion and suspense of the Tudor court, but set in modern times!

Harry’s realm is his south of England property developing company, Lanchester Estates, while his ‘wives’ are the twentieth century sisters of their historic counterparts: Anne Boleyn is reincarnated as the equally intriguing Annette Hever, and Henry VIII’s fifth wife with the risque past, Catherine Howard, lives again in 1999 as Keira Howard, a former lap dancer.

The saga is narrated by each of the six women, in turn, interspersed with short chapters from the point of view of Harry’s lifelong friend, Will Brandon.

Don’t worry if you know nothing of this period in history – Kings and Queens can be enjoyed just as a contemporary family drama, very much in the vein of Ms Tyler’s previous novels. Readers with an interest in the Tudors, though, will pick up on many similarities and references, some very subtle, and some amusing ~ a rock band called Traitors’ Gate, for instance! For those non-Tudor fanatics who would like a brief look at the life of Henry VIII before reading, the author has included, in the Kindle book, a link to a mini-biography on her blog.

A sequel, following the lives of Harry’s three children, is already planned.

Terry Tyler has written several novels and her first book ‘You Wish’, was the winner of the ‘Best Women’s Lit/Chick Lit’ category in the eFestival of Words 2013.  I reviewed ‘You Wish’ last year and you can read what I thought here:-

Terry’s novels appeal to lots of people.  They make for addictive reading and deal with a number of everyday real life issues.

Never failing to surprise her readers, Terry has now tried her hand at writing short stories.  Her brand new book ‘Nine Lives’ is officially out this Wednesday and for five days, yes FIVE WHOLE DAYS, everyone has got a chance to download her new book for free.  Just click on the links below from Wednesday 20th November onwards.

To learn a bit more about Terry click on this link to go to her Amazon page:

If you do read ‘Nine Lives’ remember to leave a review on Amazon.

‘You Wish’ by Terry Tyler

‘You Wish’ is Terry Tyler’s debut novel.  I had heard a lot about this book and got it free a few months back when there was a promotion on Amazon.  As I am always on the lookout for new authors I was really looking forward to reading it.

This story asks us if we control our own destiny or if it is actually determined by fate.

Ruth, am amateur psychic, is married with two children.  Her unemployed husband has a breakfast consisting of cannabis each morning.  A tragic event from Ruth’s teenage years still haunts her, so much so that she has never been able to confide in anyone about it.  Petra is single whilst her friends are all happily in relationships, but she doesn’t think she will ever be able to fall in love.  Sarah, who is totally obsessed with her weight dreams of being a “size zero”.

I found this book very hard to put down.  I thoroughly enjoyed reading it and really liked the writing style and the way the author has cleverly organised her chapters.  Each chapter takes you backwards and forwards between characters and the story even goes back to the 1980s during Ruth’s teenage years.

Terry Tyler has covered a number of issues including Facebook stalking, dieting and drug abuse.  She has really explored her characters and got into their minds, particularly Petra’s.  She thought she had found the one and convinced herself that he was for her.  I couldn’t help but feel bad for Petra.

This is an excellent debut novel.  Terry has since written three more books, all of which I plan to read.  I hope that there are many more to come.