Archive for the tag “The First Bermuda Jones Casefile” 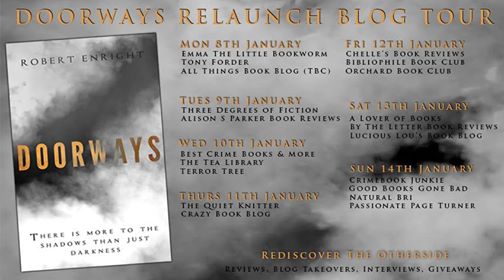 I am absolutely thrilled to be helping Robert Enright with the relaunch of ‘Doorways’.  I read and reviewed this book back in 2016.  Ever since then I have been waiting patiently (or trying to) for the next book in the series.  Here is my review.

Franklyn ‘Bermuda’ Jones was born with the ability to see the truth; a gift and also a curse.  Declared insane by psychiatrists, Bermuda was admitted to hospital for three months.  The only human to have passed to The Otherside and returned, he is now an agent for the BTCO, a highly secret government agency.  Bermuda is stuck between both worlds and pining for the life he has had to leave behind.  Everyday things which people take for granted mean the world to him.

Teamed with Argyle, an enigmatic Otherside warrior, Bermuda is assigned the case of a missing woman who seems to have disappeared into thin air.  As Bermuda is soon to discover there is more to things than meets the eye.  With Argyle’s help will he be able to solve the case before it’s too late?

I am not a fan of science fiction as such but I wanted to give ‘Doorways’ a go having heard so much about it.  You know what?  I’m so pleased that I did because this book is actually a mixture of genres, not just sci-fi.  I was totally hooked from the start and found it so very hard to put down.  I loved the writing style and found that the words bounced right off the pages.  I also really like how ‘Doorways’ is set in different parts of London including a place I love going to.

I found myself getting really involved in the story, so much so that I wanted to scream at the woman who went missing not to walk through the alleyway.  I felt sad for Bermuda and the fact that he couldn’t lead a normal life.  It must have been so hard having to cut himself off from loved ones.  I adored Argyle, his protector and saviour.  The things he did to distract the police; brilliant!

‘Doorways’ took me on an exciting and unstoppable journey.  I didn’t want it to come to an end and I am so looking forward to the second book in the series.  I only hope there are no Others lurking in the shadows watching my every move.  Oh wait, this is fiction isn’t it?  Isn’t it??

Thanks for a great read Robert. 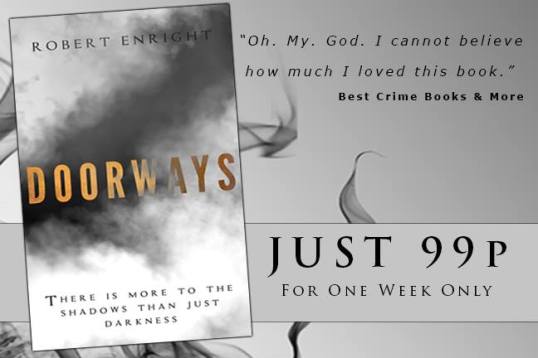 Hopefully my review has left you wanting to, no NEEDING to read ‘Doorways.  It is available to purchase from Amazon UK and as you can see above it’s just 99p.  So why not treat yourself this weekend! 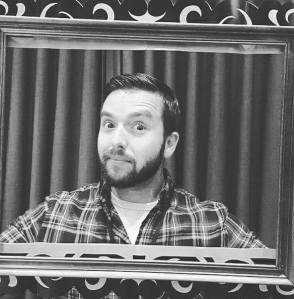 Robert Enright was born and raised in North London and resides in Chesham, Buckinghamshire. Working as a HR System Manager by day, he spends his evenings and weekends writing (or binge watching TV with his fiance).

Robert first self published One by One in March 2016 and saw it published by Britain’s Next Best Seller in October 2017.

In early 2018, DOORWAYS will be re-released as an ebook, paperback and audio book under Robert Enright’s management. The sequel, THE ABSENT MAN will also be released in early 2018. The third in the series, WORLDS APART, is set for a late 2018 launch. A prequel, titled BERMUDA, is in the works for a 2018 launch also.

Robert can be contacted via:-