Archive for the tag “Transworld Publishers” 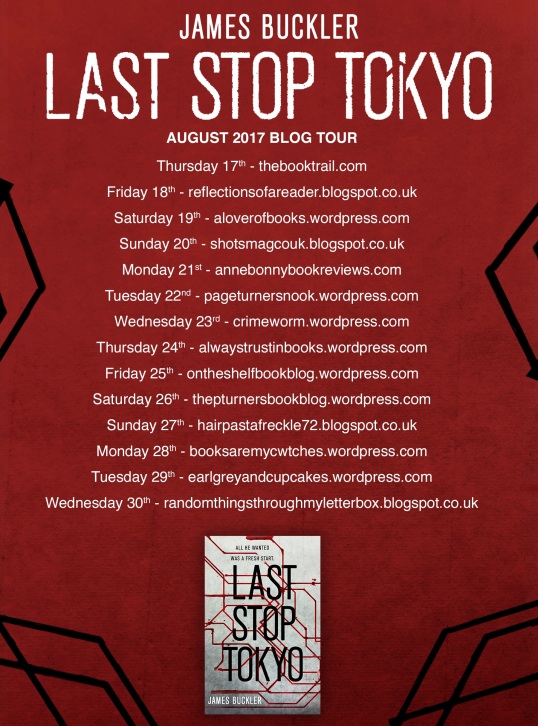 ‘Last Stop Tokyo’ is James Buckler’s debut novel. It is being published on the 24th August 2017 in hardback and as an eBook by Doubleday and Transworld Digital. The lovely Anne Cater invited me to participate in this blog tour and I would like to say thank you for my review copy.

Alex thought running away from all his mistakes would make everything better. He decides to move to Tokyo where he’ll have a new life.

The bright lights and dark corners of this alien and fascinating city intoxicate Alex and he finds himself transfixed. Not long after he arrives in Tokyo, Alex meets the enigmatic and alluring Naoko. He doesn’t realise it at the time but the peace he is after is about to slip even further from his grasp.

Alex is about to discover that there’s no such thing as hitting rock bottom. Things could get even worse.

Wow! Are you sure this is really a debut novel? It was absolutely fantastic and had me totally hooked. This was such an exciting and fast-paced read and I felt as if I had come off a rollercoaster by the end of it. I loved the author’s writing style and the storyline. I also enjoyed reading about the events which led to Alex deciding to make a new life for himself.

It was interesting reading about Tokyo. Life there seemed to go on non-stop and it sounded like a very modern city. This book is such a good example of being able to travel to another country without actually leaving your seat.

Out of all the characters Alex was my favourite. He thought starting off afresh in another country would solve his problems but unfortunately things weren’t that simple. He found himself in an extremely difficult situation and one that to me seemed impossible to get out of. I didn’t really know what to make of Naoko. She appeared to be nice at first, but there was just something about her. I admired her though for her gutsiness.

I would never have guessed how the story was going to end and I was left quite shocked. I didn’t know who could be trusted anymore.

‘Last Stop Tokyo’ is not a story I will forget in a hurry. It is definitely going to be on my list of favourite books of the year. I am looking forward to more from James Buckler. 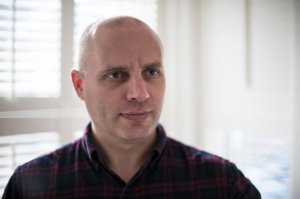 James Buckler grew up in the South West of England and currently lives in London. In the past he lived in America and Japan, where he worked as an English teacher, providing inspiration for Last Stop Tokyo. He studied Film at the University of Westminster and worked in film & TV for many years, most notably as a post-production specialist for MTV and BBC Films. Last Stop Tokyo is his debut novel.